I’ve decided I’d like to get ripped. Nothing too aggressive, just something that would look nice under a spray tan.

The decision comes as a result of several recent experiences, the most horrific of which being the morning my father told me that I looked, “Broad. Like a swimmer, Jo!” While I realize that this was probably a genuine attempt at a compliment, it was nonetheless devastating. I’ve always been a bit self-conscious of my shoulders — I was an early bloomer in middle school and once ripped a shirt in half while clapping. Over the years, I’ve done my best to avoid halter tops and overcome my insecurities. I’ll admit that I’ve even made some progress. But to have my stature likened to that Michael Phelps while wearing a new tennis tank was as a real tragedy, and I was immediately obligated to rethink my entire blazer collection. (I’d like to say that my dad soon redeemed himself from such a tactless comment, but moments later, he referred to my legs as “manscular.” The man has a gift.)

Another reason I’ve decided to get ripped is because I am embarrassingly weak (yes, even with such a “manscular” physique). I came to realize this when I decided to try out the whole “Pure Barre” fad. For the record, I’m not a Barre regular. Not only are the socks alone an ungodly financial commitment, but I’m fairly certain it’s an underground trafficking system for tennis bracelets and Lululemon. However, I was given the opportunity to attend a free class and, never one to turn down a freebie other than communal snacks, I decided to give it a shot.

I arrived at the studio in my trendiest yoga pants and thickest, most expensive pair of socks. I’d heard there was a barefoot component to the class, and I wasn’t taking any chances with potential skin-to-mat contact (ringworm is out there, and it’s only a matter of time before CrossFit sparks a worldwide epidemic). We began the class with a warm up, during which I was unable to complete a full push up. Red Flag Number One. Then, 10 minutes into the first routine, all of my cynical notions of the “Barre method” were completely debunked — that shit is hard. While the women around me were gracefully “pulsing” and “tucking” their “seats,” I was convulsing on the floor, grinning and clenching like a gassy old man. It was mortifying. I was physically unable to lift myself to a proper “tucking” position, so I instead used my free time to survey the crowd — Barre women are a breed all their own, and I was eager to observe them.

I looked around at my exceptionally flexible classmates, using the undercover creepy eye I honed in college, and quickly realized why people paid big bucks for the Barre method. The women were ripped. And I mean seriously cut. Before that moment, I’d only seen arms that sculpted on Real Housewives of Beverly Hills, a physical achievement I imagined to be made possible by tricks of lighting and expensive bronzer. But there they were, the arms of my dreams, flexing and “pulsing” before my very eyes! It was breathtaking. More than once, I tried to compare biceps in the mirror, but it useless — I was clearly the runt of the bunch, a travesty that no amount of self tanner could correct. 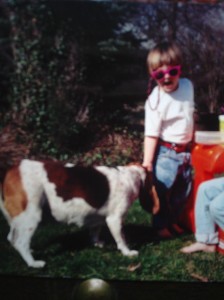 “A Bowl-Cut and Bones.” People often referred to me as a style icon of my time.

Needless to say, I haven’t been back to Pure Barre. Neither my muscles, my ego, nor my wallet could handle a second appearance. I’ve never felt so weak, and I’ve since spent a substantial amount of time researching Shake Weights. In my defense, I’ve never been a particularly strong girl. Sure, I was fast at one point — but that was back in my youth when I was nothing but a bowl-cut and bones. Back when I was a swimmer, and all it took was some desperate flailing and a packet of Fun Dip to propel my lithe, boyish figure to first place.

Now that I’m a mature woman of 25, I need more than an adventurous creek walk or rigorous talent show practice to maintain my shape. While I can always lean on a strategically applied spray tan to fudge some muscle definition, will that help in the long run? Will it further my dream of becoming a music video celebutante? Or perhaps most importantly, will it prepare my feeble biceps for the heft of an adult cat? I think not. And as I plan to groom the largest cat in the clowder during my first week as an official Humane Society volunteer, I cannot risk physical inferiority. If he’s to truly respect me, I must first assert myself as his queen.

So, these are the reasons that I’ve decided to start working out again. My first goal is to build enough definition to fill out a muscle tank, as I now look a bit like a house elf in them. 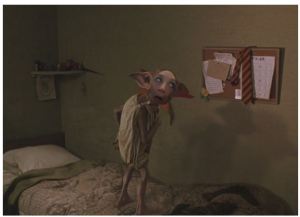 How I look in muscle tanks

And with that stunning visual in mind, I hereby declare that it’s time to reinstate my forehead vein and revisit my career as a Gym Rat. Below is the proof.

3 thoughts on “Return of the Gym Rat”